2022 ANAYA AWARD FOR BOOKS FOR CHILDREN AND YOUNG READERS 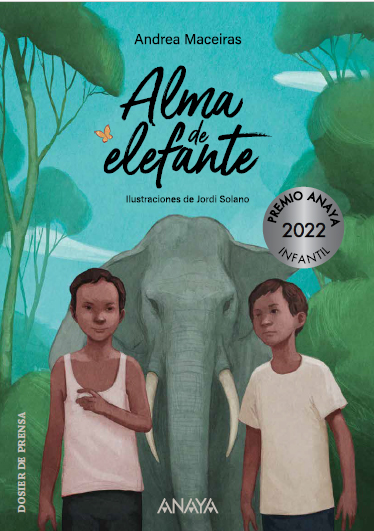 Suy and Lawen are twins who live in a village in a jungle of Asia. Suy has the soul of a butterfly and Lawen the soul of an elephant. At least that’s what old Mrs. Champey says. For Suy, this makes no sense, since he’s stronger and has always protected Lawen, who’s different from other girls.

She has a hard time expressing her emotions and gets frustrated in new situations.
He’s the one who should be the elephant!
But sometimes, things aren’t really the way they seem.
One day, they meet Tep, an elephant ridden by a man who wants to keep him from being sacrificed although he’s too badly wounded to continue on. Suy and Lawen embark upon a perilous journey to take Tep to Ru, a legendary place that is shown only to those who need it. Many people cross the path of the twins, but not everyone understands their quest.

“Sometimes, treasures have four legs and only butterflies can fly high enough to find them.”

This is an easy-to-read book for children ages 8 and up, with references to poetry and literature that they will recognize. And it’s a very cinematic story about a relationship between two siblings. Their journey is the beginning of personal discoveries, especially for the girl, who it seems may be autistic.

Will Suy become an elephant or come to understand the value of being a butterfly?

This book also addresses issues such as gender roles, love for animals, protecting nature and even the effects of tourism in certain parts of the world. 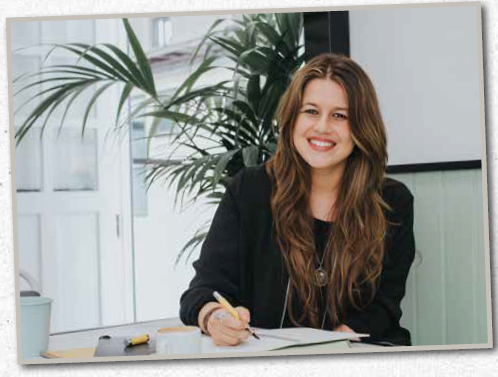 Born in A Coruña in 1987, Andrea Maceiras holds a doctorate in Hispanic philology and another degree in Galician philology. She now divides her time between writing and teaching high school. She is the author of the following books for children and young adults: Proxecto bolboreta, Violeta tamurana (Meiga Moira Award), O segredo do lagarto arnal, Nubes de evolución (Fervenzas literarias Award), Volverás, golfiño, Miña querida Sherezade (Meiga Moira Award), Europa Express (Jules Verne Award) and O que sei do silencio. In 2018, she won the Lazarillo Award for rising new authors. With Anaya, she also published La hoja azul, which denounces the destruction of natural resources and advocates for cooperation and respect for other forms of life.

The Anaya Award for books for children and young readers

This award, worth €12,000, is presented every year with a view to stimulating the creation of works in Spanish for readers ages eight to fourteen. Since 2004, its first year, it has rewarded originality, excellence and visual appeal to promote literature that helps young people learn to love reading, stimulating their inner growth and developing their imagination and creativity. In its previous editions, this award has been presented to major authors from the Spanish literary scene, and certain winning works have gone on to receive other prestigious awards such as the National Award for Literature for Children and Young Readers: Una habitación en Babel, by Eliacer Cansino and Cielo abajo by Fernando Marías, the CCEI Award (La noche más oscura, by Ana Alcolea), the White Ravens Award (La noche más oscura, Alma y la isla, by Mónica Rodríguez, Apestoso tío Muffin, by Pedro Mañas and Ninfa rota by Alfredo Gómez Cerdá), Asturias Critics’ Award (En un bosque de hoja caduca, by Gonzalo Moure) and the Fundación Cuatrogatos Award (La voz del árbol, by Vicente Muñoz Puelles, La sonrisa de los peces de piedra, by Rosa Huertas and Ninfa rota.