In early 2006, LMPI launched an important project which involved establishing a clear picture of the press distribution market in New York 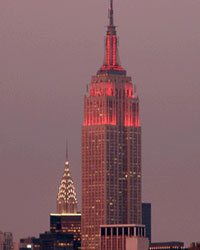 Although New York remains one of the most complex markets in North America, it also offers exciting challenges for those ready to integrate part of its distribution world.

Following countless field visits, meetings and negotiations with primary market agents and players, not-to-mention various internal discussions, LMPI recently decided to cease its collaboration with a local distributor and venture into directly distributing to its New York retailers. This new distribution system would be managed from LMPI’s head office in Montreal.

These changes were necessary to revitalise sales and improve the visibility of French press in a market where sales have been continuously decreasing for the last few years.

Also, this would allow LMPI to improve its knowledge of this market and gain better control over its distributions. With its obvious complexities especially during its implementation stages, this project has been a major challenge thus far. However, with the motivation of the LMPI team, this decision will certainly become one of the most decisive ones in the history of LMPI in the US.

The following are a few important facts about the French press in New York: There is a network of roughly 100 retailers in this market for French press. Half of all sales are generated in the network of independent retailers and the other half in the specialised chains (such as HDS, Universal News and Hudson News).

There are a total of 180 French magazines distributed in this network, of which 6 are dailies. Weeklies generated 65% of all sales in this network – these magazines are delivered the day after they go on sale in France. Together the News, Women’s interest and Decoration categories represent 80% of all sales.