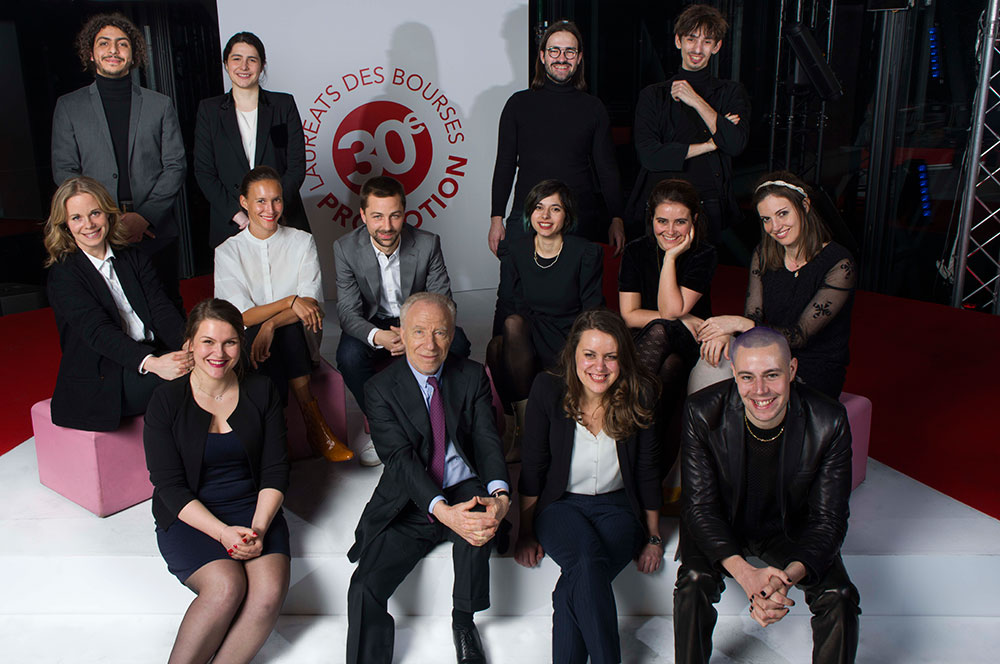 The grants, awarded since 1990, give young creatives under the age of 30 (or 35 for the Bookseller, Photographer and Television Screenwriter grants) both financial support and the time they need to bring their project to fruition, plus the opportunity to develop relationships with the people on the judging panels: members of the media and arts communities.

The amounts awarded through the grants (from €10,000 to €50,000) and the range of disciplines involved make the Jean-Luc Lagardère Foundation one of the top patrons of young creative talent in the French-speaking world.

Documentary Filmmaker Grant (€25,000)
Dhia Jerbi, 28
Project: make Des Espoirs [Hopes], a narrative documentary on the filmmaker’s quest to understand the roots of his stammer, to be shot in Tunisia.

Writer Grant (€25,000)
Marin Fouqué, 28
Project: obtain the time (and mental space) to write his second novel, G.A.V., a story that takes us inside a police station.

Bookseller Grant (€30,000)
Anaïs Combeau, 25, and Manon Picot, 31
Project: offer a wider range of books at Lilosimages, their bookstore in Angoulême, France, and make it a cultural force in the city.

Musician – Jazz and Classical Music Grant (€12,500)
Louise Jallu, 25
Project: produce a show and an album about Astor Piazzolla to mark the centenary of his birth in 2021.

Photographer Grant (€15,000)
Pierre Vanneste, 31
Project: “PO4, from fertilization to soil depletion,” a report on phosphate extraction and use.

The winners of this 30th round of grants are now part of a community of 307 talented young people who have received awards from the Jean-Luc Lagardère Foundation, many of them notching up some impressive achievements in 2019. They include: