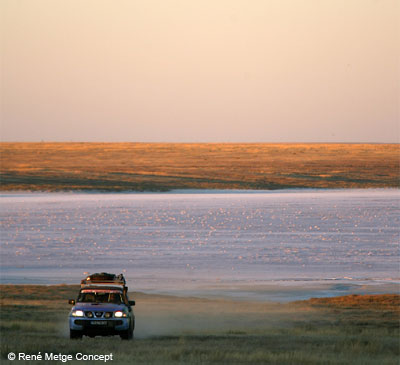 From Saint Petersburg to Beijing via Astana (Kazakhstan)

A 17-day dash across 10,000 kilometres, from Russia to Kazakhstan to China – this rally, which was created this year, in a class of its own. The first edition of the Transoriental will link Saint-Petersburg to Beijing via Astana between 12 and 28 June 2008. This brand-new summertime marathon rally is open to cars, motorcycles, trucks and quad bikes, and welcomes both rally professionals and amateurs in search of new adventures.

From the 12 June departure from the heart of Saint Petersburg, the capital of the tsars, to the finish at the foot of the Great Wall of China in Beijing after crossing through three of the world’s largest countries, the Transoriental is already seen as one of the most epic marathon rallies of the season.

Two years! This is how much time was needed to go from a simple idea to the realization of a dream, to trace the 10,000-kilometre path through forests, endless steppes, deserts, mountains and sand dunes.

The organization of this contest along a magical new path between West and East is sure to meet the needs of both professionals and amateurs. To date, 300 competitors from 25 countries have confirmed that they will take part. The car category features an impressive line-up, with more than 100 cars piloted by both professional and amateur teams. Some 120 motorcycles and quad bikes will also be at the starting line. KTM is the best represented brand, but Yamaha and Honda are hoping to give it a run for its money. It also looks like it’s going to be a great race for trucks as well – every major player in the sector has already confirmed participation, and Man, Kamaz, Liaz and Ginaf will be slugging it out along the Transoriental! 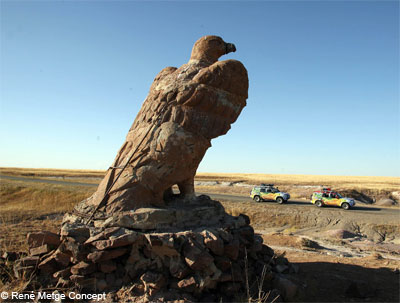 A crossroads of skills

He is the soul of the Transoriental. For more than thirty years, René Metge has scoured the world, and Asia in particular, in search of new horizons. He is the key figure in marathon rallies, and our man on the ground in the Transoriental. After months of expeditions and reconnaissance missions, and with organizational experience acquired in 1992 and 1995 during the two Paris to Beijing races, René Metge has mapped out an adventurous path through lands that are both majestic and treacherous, across the great plains and delicate relief of Eastern Europe and Asia. Above all, it offers rally participants a dream trip, on which they will discover peoples, cultures and lifestyles that they have never seen before.

The Transoriental will be Lagardère Sports’s first event. Its subsidiaries, Sportfive and IEC in Sports, specialists in selling marketing and media rights, are fully supporting the event in order to ensure optimum international media coverage. CCTV5, the national Chinese channel (211.6 million households) and NTV (the number one Russian channel, with 52.5 million households) have already agreed to broadcast the rally. The Asian network ESPN Star will cover the event via specific programming. 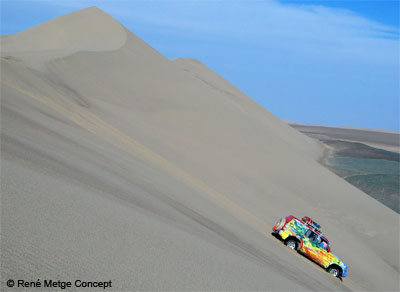 A marathon rally of this size would never have happened without the support and authorization of the competent authorities. “We have had exemplary cooperation with local and national authorities, and with the automotive and motorcycle federations in all three countries. Without the unwavering support of all of these institutions, the Transoriental would never have seen the light of day,” said René Metge on his return from Kazakhstan, a country with which an official agreement was signed at the end of January.