The 38th album in the adventures of Astérix 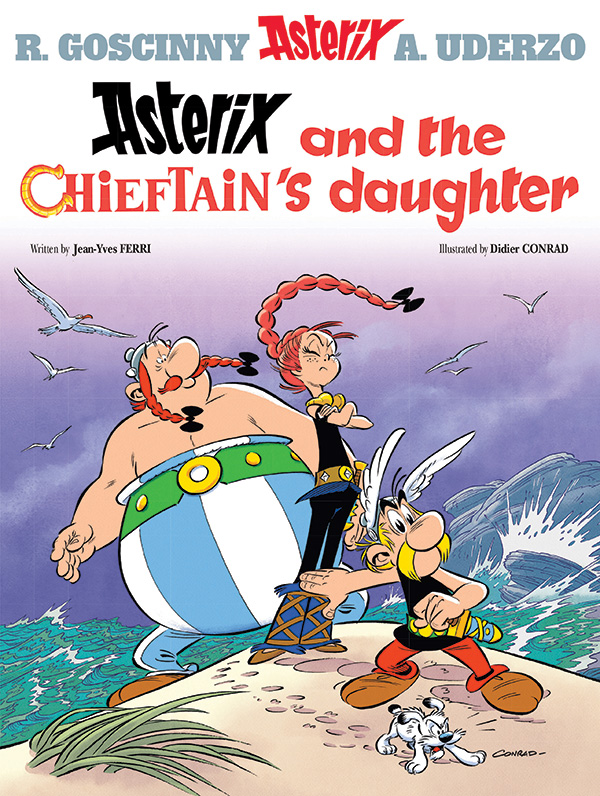 With an anniversary and the publication of a long-awaited new album, 2019 is definitely a BIG YEAR for Asterix!

As usual, the latest adventure for Asterix and Obelix begins in their famous Gaulish village.

After an escapade in Italy in 2017 with Asterix and the Chariot Race, it’s back to Armorica with a new arrival who’ll turn the village upside down!

Asterix and the Chieftain’s Daughter is the fourth collaboration between writer-designer Jean-Yves Ferri and illustrator Didier Conrad.

The creative duo, ever eager to dream up new adventures, are perfectly attuned to the legendary world devised by René Goscinny and Albert Uderzo.

Upheavals and pandemonium are definitely on the horizon! The daughter of the famous Gaulish chieftain Vercingetorix is being hunted down by the Romans.

She secretly finds refuge in the village of our indomitable Gauls – the only place in Roman-occupied Gaul that can guarantee her protection. 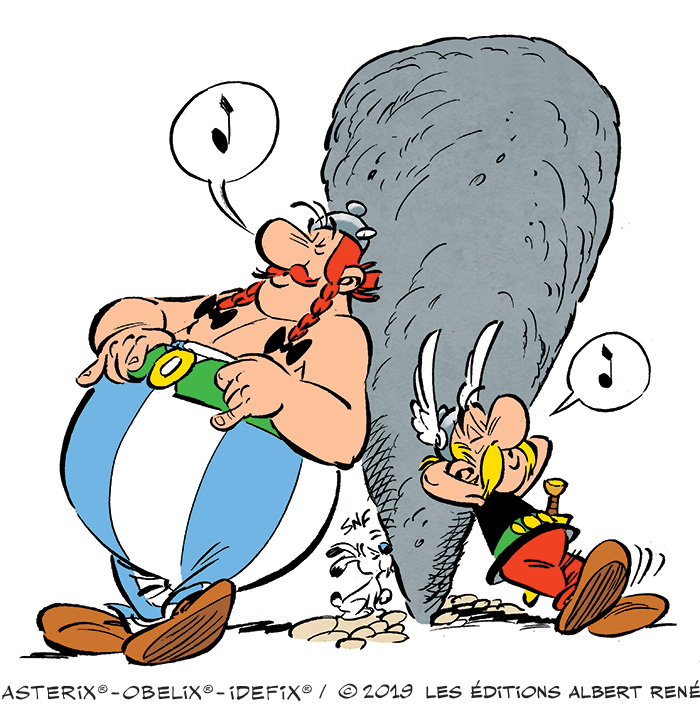 So here she is,the mystery guest whose arrival in the village is all anyone can talk about.

The daughter of … you-know-who is like any other teenage girl, coping with all the usual problems of growing up and the sometimes tricky transition to adulthood, which is very much a theme in this hilarious and action-packed 38th album.

Adrenalin’s illustrious father features only as an aside throughout the Asterix series, but his teenage daughter is front and centre of this tale, and she carries the whole album.

It is her decisions that propel the action from beginning to end, and she sometimes exhausts even the indomitable Asterix and Obelix who are tasked with keeping an eye on her! Her daring spirit and unfaltering bravery make her the most impressive female adventurer of the series so far.

So … how about we hear from the teenager herself? 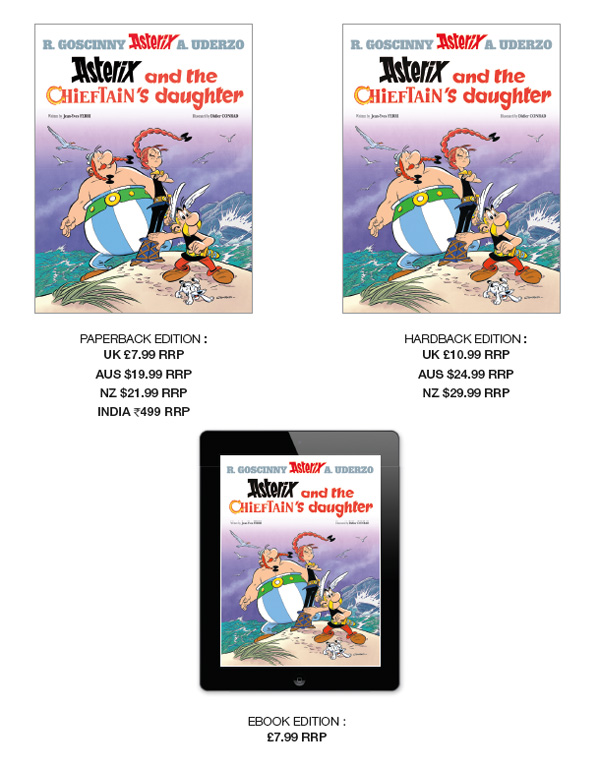 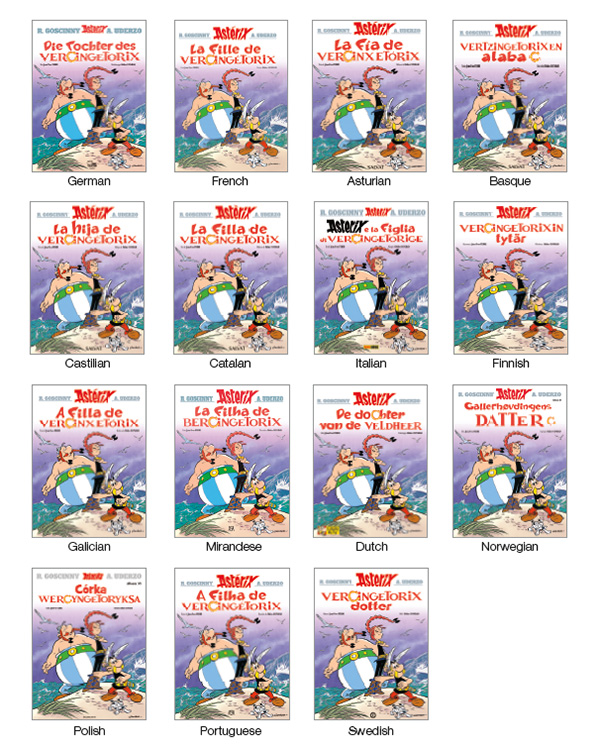