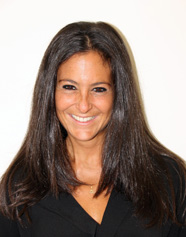 In this role, her main responsibility is developing digital communications and consumer awareness of brands belonging to the Music Radio division.

Richard Lenormand spoke of his delight at welcoming Sandrine to his staff, saying, “With her long record of success in the music-radio sphere, Sandrine will be an undeniable asset in our efforts to boost consumer awareness of our brands. She will therefore help increase the reach of the new 2012-2013 radio season.”

Sandrine Tuil, 34, holds a business and management degree from the University of Paris XII and has been working in music-radio communications for over 10 years. She spent nine years at NRJ, where she managed NRJ radio and web communications (2007-2009) before becoming station director. In 2010, she joined Sud Radio to develop the communications strategy of the group’s stations.