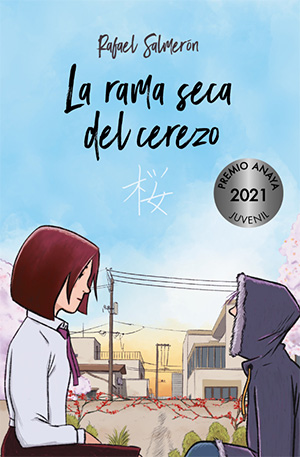 In Hiroshima, in 1945, Ichiro and Masuji are playing in the streets moments before the atomic bomb is dropped on the city.

In today’s Hiroshima, a teenager named Sakura, who has a deformed hand, endures the taunts of her classmates and an uncommunicative family; she thinks her mother doesn’t love her, and her father is so absorbed in his work that she rarely sees him. Aiko, her virtual friend, lives in another city, so it’s difficult for them to meet. Her one true desire is to become a manga artist, though she knows it will never happen.

But Sakura’s life takes a new turn when she crosses paths with little Tetsuo and an elderly survivor of the Hiroshima blast who has a big secret.

La rama seca del cerezo (The dry branch of the cherry tree) is a moving story of friendship, personal achievement and self-acceptance, intended for young readers 12 and up.

But the novel goes further, showing that sometimes things are not what they seem to be, and when you’re able to think only about yourself, you begin to understand why others act or behave as they do. It also shows the pressures that come with a sense of guilt, and the liberating effect of releasing yourself from that guilt, of managing to forgive yourself and others, and of moving on and never giving up on pursuing your own dreams. And of course, there’s social media too! It’s a novel with all the ingredients to capture a young reader’s interest.

“Living. Maybe it’s not so hard. Maybe all you need is to look in front of you. Maybe the thing is to inhabit each moment, one by one, by filling it with some small action. Breathing, walking, reading, eating, looking at the flat winter sky. And drawing! Waiting calmly for everything to happen, without taking it all on yourself.” 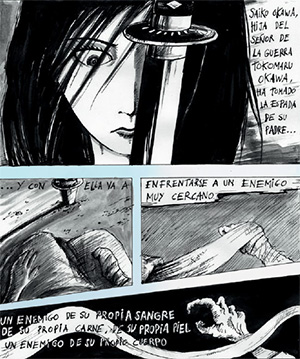 Born in Madrid in 1972, Rafael Salmerón obtained a degree in education and illustration as well as graphic design. He began his career in children’s and youth literature in 1994 as an illustrator.

Since 2001, however, he has spent most of his time writing his own stories: emotional stories, tough stories, fun stories, sad stories and happy stories. Stories of adventures, of love, of war, of conflict, of friendship, of grievance and, above all, of hope. Ultimately, he writes life stories that he wishes to share with readers through the pages of the books, with his enjoyment in both writing and illustrating.

He was awarded Spain’s Lazarillo Award for Literary Creation in 2017 and has appeared on the IBBY Honour List since 2020. Apart from his many works issued by Spanish publishing houses, he has illustrated several titles in the El Duende Verde (The Green Goblin) series for Anaya, including No soy una lagartija, Sí, soy una lagartija, Escapar de un cuento, Krak y Croc y Krak and Croc y el mamut.