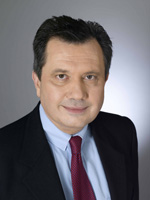 Jean de Boisdeffre will replace Carlo d’Asaro Biondo, former CEO International of Lagardère Active, who has asked to leave the Group in order to take part in a recent LBO in the trade press sector. After contributing for the last two years to the transformation of Lagardère Active’s international activities, notably the shift to Digital, Carlo d’Asaro Biondo will be leaving his job by the end of 2008.