Followed by more than 6 billion TV viewers worldwide1, the Orange Africa Cup of Nations is the major sport event in Africa.

SABC, Host Broadcaster of the Competition, provide the event TV production with the highest international standards: Full HD coverage, with up to 24 cameras per match (including a sky-cam and a super-slow-motion).

CAF and SPORTFIVE Africa, its exclusive agent for marketing and media rights, are happy to present the TV partners of the Orange AFCON, SOUTH AFRICA 2013 that will take place from January 19 to February 10, 2013. 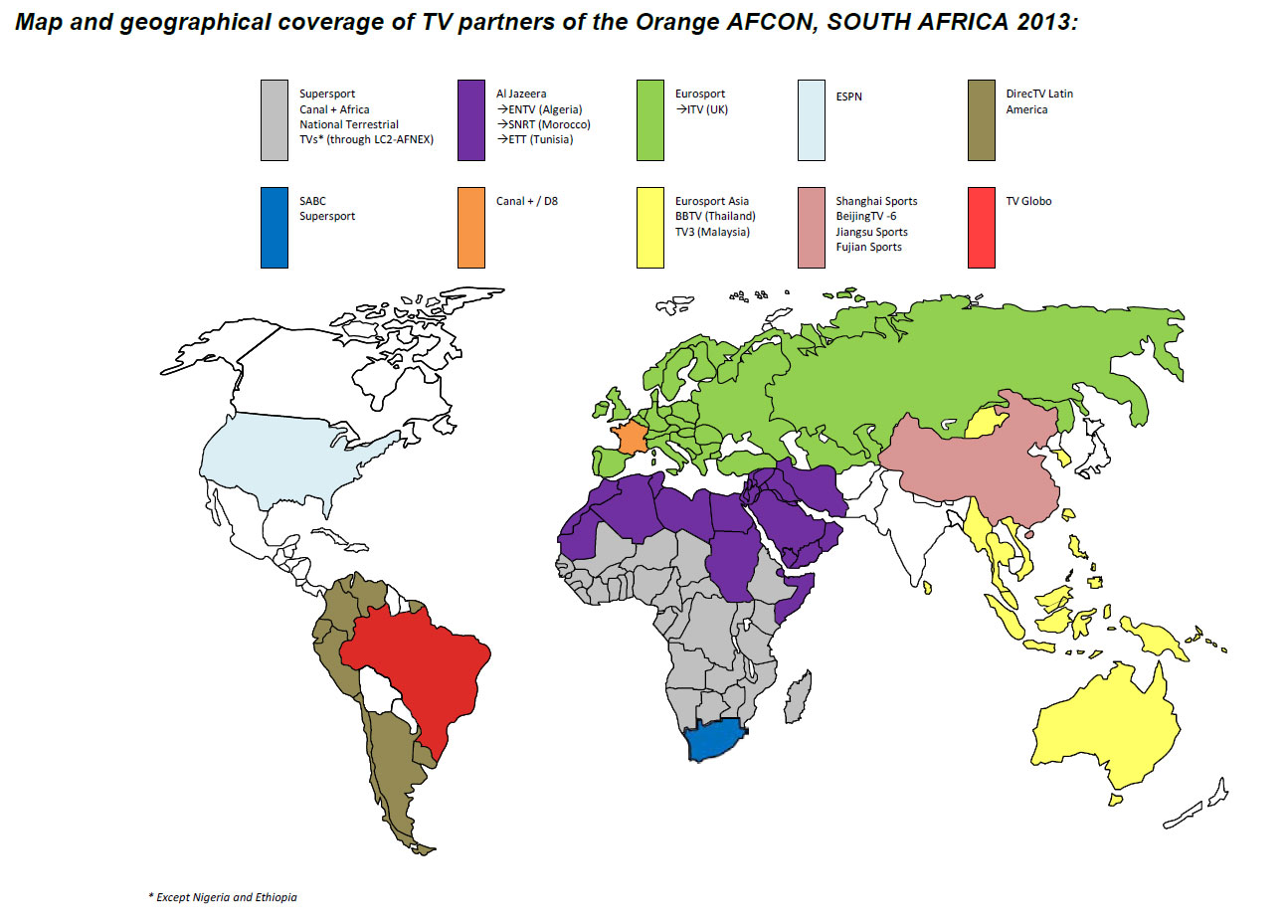 To follow get summaries of games and review the top goals
To discover the film dedicated to Orange AFCON, SOUTH AFRICA 2013:
- YouTube http://www.youtube.com/africacupofnations

To find quizzes, tests, video clips and photos from the event
- Facebook https://www.facebook.com/AfricaCupOfNationsOfficial

About CAF
CAF is the governing body of African Football and was founded in 1957. The founding members are Egypt, Sudan, Ethiopia and South Africa. The CAF 54-members organization is based in Cairo, Egypt.