This latest acquisition represents Hachette’s determination to reinforce its position in the UK, one of Europe’s most dynamic markets (whether viewed in terms of advertising or circulation) and especially in the teen and entertainment market segments. Hachette is also convinced of the synergies to be achieved between Attic’s titles and the Hachette titles (Elle, Elle Decoration, and Elle Girl) currently published in the UK. 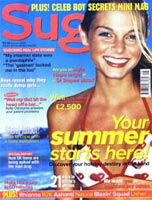