“Spread the word, then encourage action”

The Palais du Luxembourg in Paris was the site yesterday of a forum on “The media’s responsibility regarding sustainable development”, organized by Gulli in partnership with Métro and Europe 1, with the support of France’s Ministry of Ecology, Energy, Sustainable Development and Town and Country Planning.

More than 260 people attended and took part in this afternoon of discussion among journalists, broadcasters, representatives of new media and government officials, along with guest speaker Erik Orsenna.

Pledging support for the project, Nathalie Kosciusko-Morizet, Minister of State to the Prime Minister and former Secretary of State for Ecology, was on hand to open the floor to discussion. After hosting a morning visit by a group of primary school students, who presented her with a Green Notebook created with help from Gulli and their sponsor, Nicolas Vanier, Kosciusko-Morizet opened the forum by stating, “It is a victory for the Environmental Grenelle and journalists that they have succeeded in bringing sustainable development to the forefront of media attention“. She pointed out that “there is a kind of chemical reaction between scientific action and public opinion that is communicated via the media and spurs action“. She ended her comments by noting that the forum offered a natural transition from the environment to her new portfolio, the digital economy. 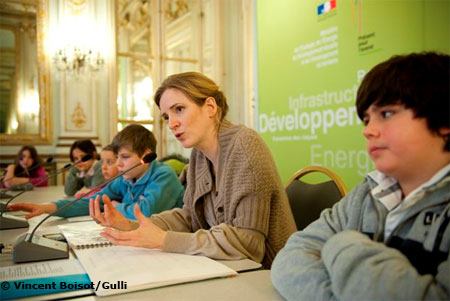 Speaking for Lagardère Active, Isabelle Juppé, Deputy Director for Sustainable Development, and Emmanuelle Guilbart, Director of Television Operations, France and Worldwide, made introductory comments as well, reaffirming the responsibility of the Lagardère media group and the Gulli network, which is operated in partnership with France Télévisions. Their tasks at Lagardère Active include informing and mobilizing Gulli viewers on behalf of vital issues like sustainable development. 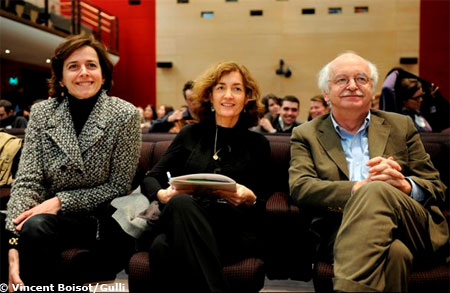 The discussion, moderated by Anne Bauer, a reporter for the daily Les Echos and President of the Association of Environmental Journalists, then continued throughout the afternoon, with twelve participants addressing three different topics: