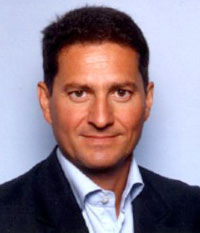 In this capacity, he will assist Takis Candilis in steering the operations of the production division, on its development in France and worldwide, and on implementing synergies with other divisions of the Lagardère Group.

Christophe Thoral will double as CEO of Timoon, a subsidiary dedicated to the production of animated television series.

A graduate of ESCP and holder of an MBA from Wharton (USA), Christophe Thoral, 43 years old, began his career in the Bolloré Group in 1991, then in 1996 was project manager at McKinsey before joining the Lagardère Group in 2000 as deputy managing director in charge of strategy and development. As of 2008, he held the position of Head of Development at Lagardère Entertainment and head of animation activities.