CHOC concept exported to US

Hachette Filipacchi Médias has decided to develop the brand outside France, starting with the United States 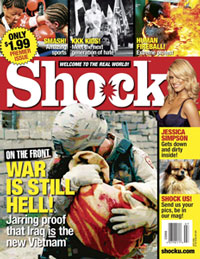 Following the success of the bimonthly magazine CHOC – launched in June 2004, now with 4.8 million readers (AEPM 2005) and a print run of 338,000 copies (OJD-DFP 2005) – Hachette Filipacchi Médias has decided to develop the brand outside France, starting with the United States.

HFM US launched the http://www.shockU.com website at the end of March, and the newsstand magazine and digital edition (subscription required) will be available on 30 May. SHOCK is a first-of-its-kind multi-platform media property, creating a new magazine category. Like its French counterpart, SHOCK offers a realistic, raw look at the world we live in and promotes reader interaction through a variety of digital media. Almost 10% of SHOCK’s content will be sourced from readers, using images captured via their cell phones and digital cameras.

For Jack Kliger, President and CEO of HFM US, “SHOCK is the next generation of photojournalism, where the images shape the stories.”
We now live in an image-based environment wherein consumers have developed a strong appetite for visual content. SHOCK is determined to rise to the challenge by publishing “Startling, Humorous, Outrageous, Controversial and Kommanding” photos.

SHOCK is organized into five sections:

Mike Hammer, former editor of Stuff (Dennis) has been appointed editorial director of the new monthly image magazine, which is aimed at a target audience of young men and women.

Find out more by visiting http://www..hfmus.com