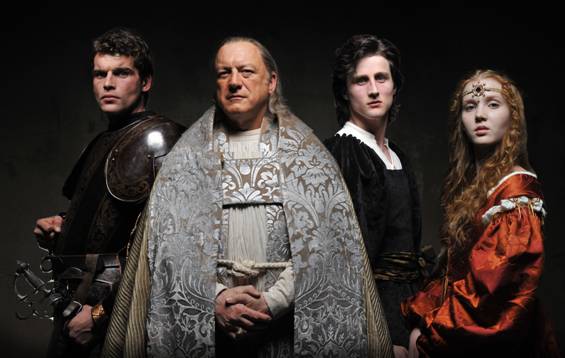 After drawing record audiences throughout Europe (including Italy, Germany, Spain and France) at the start of the 2011-12 viewing season, the series was successfully exported to over 40 countries, including the United States (via Netflix), Israel, Latin America, Japan, South Korea and Russia.

Atlantique Productions, the Lagardère Entertainment company that produced the series (which was first aired on Canal+), would like to thank the series’ creator Tom Fontana for his talent, his generosity and his goal of raising the series’ narrative to the highest level, as well as for his extraordinary control over the creative and production chain and for all the positive energy he instilled in everyone who collaborated on the project over a two-year period.

About Atlantique Productions
Atlantique Productions is the Lagardère Entertainment subsidiary devoted to the development and production of ambitious projects for international television distribution. It has substantial experience in international productions, acquired, in particular, through such major series as Borgia (Canal+), Transporter (M6, RTL, HBO/Cinemax, Movie Central and The Movie Network) and Death in Paradise (France Televisions and BBC One). It also boasts a pool of proven European and North American talent. Atlantique aims to provide content of high artistic value as well as consistent, well conceived productions that, like those from America, will interest today's rapidly changing global marketplace. All of its productions have budgets comparable to major American television projects, and are supported by European and international financing. They employ the most talented European writers, directors and actors, plus their counterparts from the other side of the Atlantic as needed. Atlantique Productions is a European company whose reach is global, as are its projects.