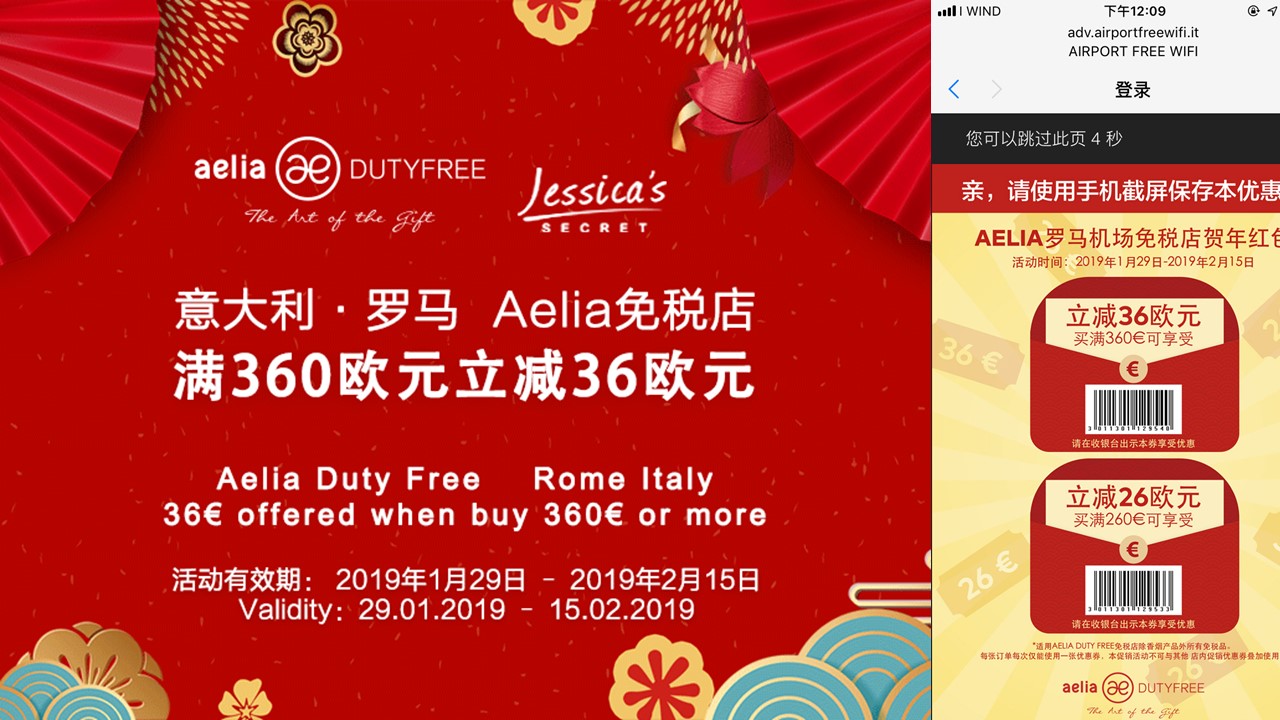 The objective was to target Chinese travelers throughout their journey – when they planned their trip, when they arrived at the Airport and when they departed from the Airport.

For pre-trip targeting, Lagardère Travel Retail collaborated with the popular Chinese price comparison app Jessica’s Secret to launch two special Chinese New Year promotion coupons. Jessica’s Secret application users received a 10% discount with a minimum purchase of 360€ or 260€ for their purchase in the Aelia Duty Free store from 29th of January to the 15th of February, covering the peak traveling season of Chinese New Year.

During the same period, Lagardère Travel Retail also received support from Aeroporti de Roma (ADR) to send two retail promotion coupons through the Airport free wifi. When Chinese passengers arrived at Rome Fiumicino airport, if they tried to connect to the Airport free wifi through their mobile devices, they discovered a timed-splash page on their devices presenting 2 Aelia Duty Free Chinese New Year coupons. They could make a screenshot of the page and then use it in the store.

The last and the most important way to reach Chinese passengers was at the physical store. For the first time, a dedicated movie celebrating Chinese New Year was projected on the giant LED screen above the Avancorpo flagship store entrance, with greeting messages in Mandarin and English to welcome Chinese passengers, as well as call-to-action messages to invite them to participate in a WeChat digital game in the store. In addition, the more than 1,800 square meters of the flagship store was decorated with a hundred traditional red Chinese lanterns that created a festive atmosphere. 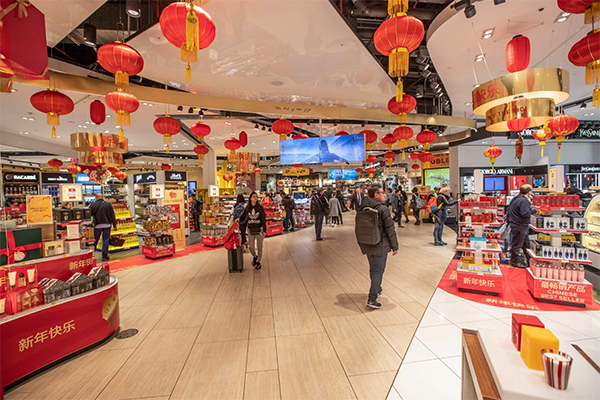 Following the success of last year’s WeChat red pockets promotion, Lagardère Travel Retail renewed the virtual red pocket digital treasure hunt using WeChat. The player needed to scan the QR code with WeChat to start the game, then point their smartphone camera at different red pocket spots scattered throughout the store. They had two chances to collect coupons and needed to choose one for their purchases. Aelia Duty Free enlarged the scope of this promotion this year, including 4 stores covering both Extra-Schengen and Schengen areas, versus only the flagship store in 2018. 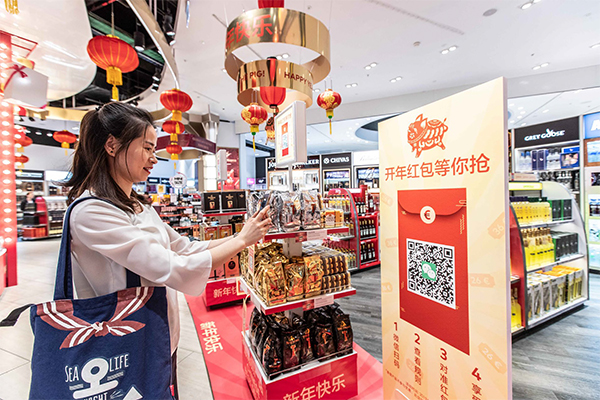