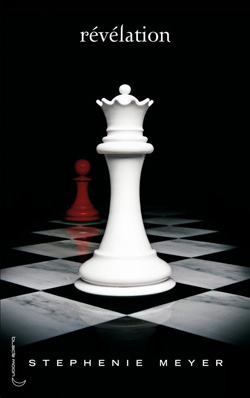 Over 18 million copies of the saga sold worldwide!
Published in France on 22 October in a run of 100,000 copies and reprinted in a series of more than 80,000 copies, volume 4 is already a bestseller! More than 400,000 copies in the series sold in France

Still unknown only four years ago, Stephenie Meyer is now an international phenomenon of the same stature as J. K. Rowling.

The story of Bella’s love for Edward, a seductive young vampire, has captured the hearts of millions of girls throughout the world.

3,700,000 copies printed in the United States
Published in France under the title “revelation” 22 OCTOBER 2008

Released in the United States on 21 November
Directed by Catherine Hardwicke (Thirteen, Lords of Dogtown)