Grants awarded to 10 talented young professionals in the arts! 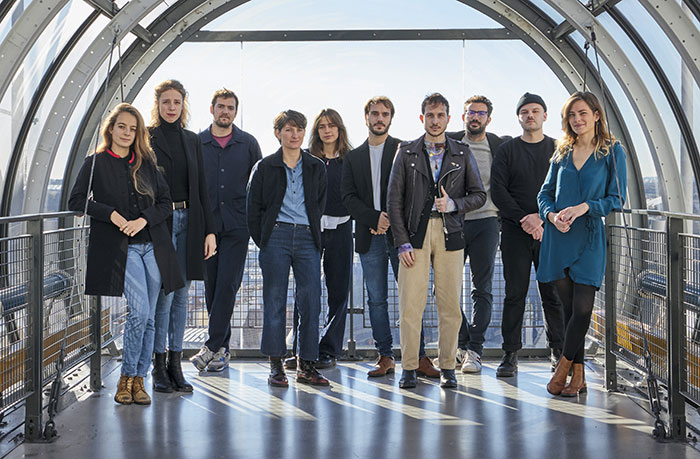 The grants, awarded since 1990, give young creatives under the age of 30 (or 35 for the Bookseller, Photographer and Television Screenwriter grants) both financial support and the time they need to bring their projects to fruition, plus the opportunity to develop relationships with the people on the judging panels, who are members of the media and arts communities.

Documentary Filmmaker Grant (€15,000)
Victoire Bonin, 28 and Lou du Pontavice, 29
Project: Les veilleurs, a feature documentary about Chinese fathers who leave everything behind to accompany their only child to Beijing in the hope of a better future.

Writer Grant (€20,000)
Thomas Flahaut, 30
Project: writing his third novel, Camille s’en va, the story of a woman who decides to disappear without leaving any traces.

Photographer Grant (€10,000)
Marion Péhée, 32
Project: carry out a photojournalism project on khat baronesses in the Horn of Africa.

The winners of this 2021 edition have thus joined the 332 other individuals who have won a grant from the Foundation’s since 1990. A large number of them have since transformed this first helping hand into great success. For example, Mohamed Mbougar Sarr, whose novel La plus secrète mémoire des hommes (Philippe Rey/Jimssan), written with the support of the 2018 Writer grant, went on to win the Prix Goncourt, and Florian Zeller (winner of the 2002 Writer grant) saw his début film The Father win two Oscars.

Applications for the 2022 grant awards will be accepted starting this spring at www.fondation-jeanluclagardere.com.
Applicants will have until June 4, 2022 to submit their dossier.