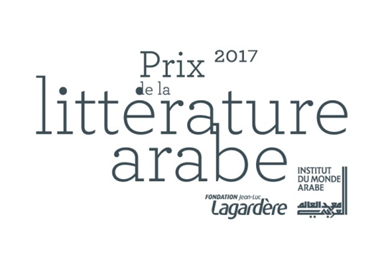 Eight titles have been shortlisted for the award, now in its fifth year, and will be presented to the jury:

This literary prize of €10,000 – the only French prize spotlighting new Arabic literature – is awarded to an author (from an Arab League country) of a work written in (or translated imto) French and published between 31 May 2016 and 31 May 2017.

The jury will meet in the autumn under the chairmanship of Pierre Leroy, co-managing partner of Lagardère SCA, to deliberate and designate the winner of this year’s Arab Literature Prize. The winner will be announced at an awards ceremony to be held on 18 October at the Arab World Institute, in the presence of its president, Jack Lang.

Since the prize was created by the Arab World Institute and the Jean-Luc Lagardère Foundation, the Arab Literature Prize was awarded: in 2016, to an Iraqi, Inaam Kachachi, for her novel Dispersés (published by Gallimard); in 2015, to a Saudi Arabian, Mohammed Hasan Alwan, for his novel Le Castor  (published by Seuil); in 2014, to an Egyptian, Mohamed al-Fakharany, for his novel La Traversée du K.-O. (Seuil); and in 2013, to a Lebanese writer, Jabbour Douaihy, for his novel Saint Georges regardait ailleurs (Actes Sud).

About the Arab World Institute

A private-law foundation opened to the public in 1987, the Arab World Institute is the fruit of a partnership between France and the member countries of the Arab League. Its purpose is to promote dialogue between the East and West while introducing French and European audiences to the Arab world’s contribution to global culture.