The SPORTFIVE international sports marketing agency was selected for one of three rights packages by DFL Sports Enterprises, the newly founded subsidiary of the Deutsche Fußball Liga (DFL), in a request for proposals for the management of the international marketing of media rights for the Bundesliga. The contract covers the 2009-10 and 2011-12 seasons.

SPORTFIVE will negotiate with television channels in Belgium, France, Netherlands, Portugal, Japan and Korea, on behalf of the DFL, with the objective of procuring optimal media coverage for the Bundesliga.

Jörg Daubiter, the managing director of DFL Sports Enterprises stated: “Following an intensive competitive bidding process, we have decided to entrust the marketing of these rights to SPORTFIVE. We will thus continue to work together to optimize the Bundesliga’s exposure and image in these markets.” The firm’s Chairman and Chief Executive Officer, Dr Robert Niemann, added: “We are delighted with this highly productive and constructive collaboration.”

Lars Heidenreich, executive Vice President for TV rights at SPORTFIVE stressed: “We are extremely pleased to once again be marketing these prestigious rights to the Bundesliga matches in the international markets. We intend to work together to mobilize our resources in Europe, as well as in Asia, since the rights package also covers the two key Asian markets of Japan and Korea.”

By mutual agreement, the details of the financial arrangements, in particular, were not released. 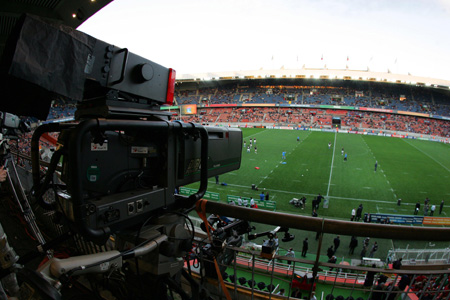