Sophie and Julie will report directly to Constance Benque.

These appointments are effective as of the 4th of November 2013. 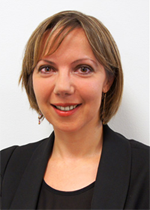 Sophie Jacquet, 38 years old, graduated from I.S.G and holds a Marketing Master’s in Communication and Media from E.S.G. She began her career in 1998 as a media planner at Europe Régies, Lagardère’s audiovisual ad sales house.

She subsequently held positions the position of Research Executive at Europe 1, and then at Gulli and the Group’s children’s TV channels (1999-2004).

After being appointed as TV & Cross-media Team Leader in 2005, she coordinated the implementation of this new organization within the marketing department.

In 2007, she was promoted to the role of Cross-media and Development marketing manager and then, in 2008, to Deputy Marketing Director for Cross-media & JDD at Lagardère Publicité, the new entity resulting from the merging of Lagardère’s two ad sales houses: Interdeco (print media) and Lagardère Active Publicité (audiovisual).

In September 2012, her responsibilities were extended to include Radio and Lagardère Métropole’s marketing activities. 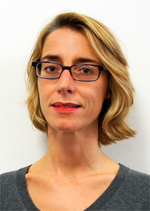 Julie Louis, 39 years old, holds a Master’s in Commercial Management from Université Paris XII. She began her career at Europe Régies, the audiovisual ad sales house of the Lagardère group, as a Radio Marketing Executive in 1997.