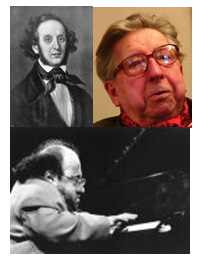 Mezzo, the standard in classical and jazz music programming, is now part of Canalsat Suisse’s optional “Relaxation” package.
As a result, households throughout French-speaking Switzerland will be able to partake in the emotion of music.

Already available in Switzerland via cable and ADSL, the Mezzo channel plays an especially active role in local cultural life as well and is proud to be a partner to such prestigious events as the Prix de Lausanne (an international dance competition) and classical music festivals including the Sommets Musicaux de Gstaad, the International Festival of Music Sion Valais, the Sommets du Classique in Zermatt and the Menuhin Festival Gstaad.

This new distribution agreement is helping Mezzo pursue continued growth in Switzerland and expand its audience base to include new television viewers. Alone among television channels worldwide, Mezzo gives viewers the opportunity to see and hear the best in opera and classical music, 24 hours a day, 365 days a year.
To all those who watch and listen, Mezzo conveys the tenderness of a Mozart sonata, the drama of a Verdi opera and the power of a Beethoven symphony.

Mezzo is your source for the biggest musical events of 2009: The birthday of composer Henri Dutilleux, the Finals from the Prix de Lausanne (broadcast live), the bicentenary of Felix Mendelssohn, a tribute to jazz pianist Michel Petrucciani, the anniversary of the Blue Note jazz label, a special evening devoted to the Sion Festival and more.