LS travel retail announces a donation of nearly €110,000 to Action against Hunger (ACF). LS travel retail is the first duty free operator to put its network at the service of a large fundraising drive to benefit ACF. France, the United Kingdom and Switzerland have mobilised their outlets to offer passengers the opportunity to support the association by making a donation at the checkout. The money raised will allow ACF to strengthen its work with populations suffering from malnutrition, primarily children, who are the first victims.

Passengers are invited to be generous and make a quick donation of €2 or more at the checkout. This is the principle of the operation, which has been carried out in partnership with ACF for the last 3 years.
Stores in the LS travel retail network in France, the United Kingdom and Switzerland have been mobilised for this great initiative which makes it easy and accessible for as many passengers as possible to make a donation, raising around €94,000.
The commitment of the sales teams and the generosity of passengers are allowing the Action against Hunger teams to strengthen their work with populations suffering from malnutrition, primarily children, who are the first victims. 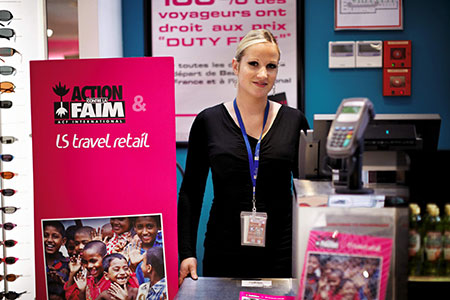 LS travel retail is the first, and only, duty free operator to partner its store network with an ACF fundraising operation.
The initiative was planned for one month, with a possible extension, and saw nearly one hundred outlets decked out in the colours of Action against Hunger, raising awareness of its work among passengers. This real team effort, involving both the sales staff and Association volunteers, has achieved promising results, with a conversion rate of up to 15 %!

All teams brought on board

In 2013, Aelia participated in the Inter-Company Challenge against Hunger, organised each year by ACF. Thirty-three runners donated their time and energy, covering 300km, which allowed LS travel retail to raise over €5,000 for the association. 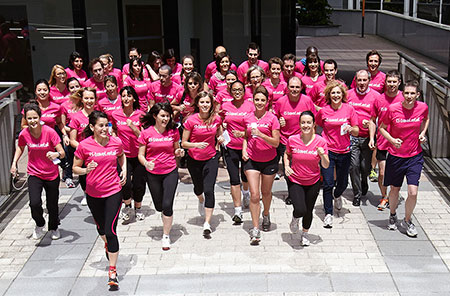 Over 3 years now, LS travel retail has been committed to fighting malnutrition and hunger in the world, through its partnership with Action against Hunger.

During the cheque presentation, Ambroise Fondeur, Aelia’s Chief Executive Officer, emphasised: ”Our commitment to organisations like Action against Hunger is a reflection of our state of mind, putting people at the heart of our approach. Our teams are proud to come together for such a cause, which appeals to everybody’s generosity and solidarity.”

Stéphanie Rivoal, President of Action against Hunger, explains: “When I hear the words boldness, courage, heart and endurance used to speak of the LS travel retail teams, I say to myself that this partnership is no coincidence, since these are also our principles. The ACF teams need the same qualities to fight hunger in the world, a struggle which LS travel retail has now made its own alongside ACF. Boldness was required to launch the innovative operation of mini donations in all the LS travel retail network stores. Endurance will now be needed to continue all our efforts together against Hunger!”

The partnership continues in 2014, with the ambition of ever greater mobilisation of the LS travel retail network teams in France and abroad. 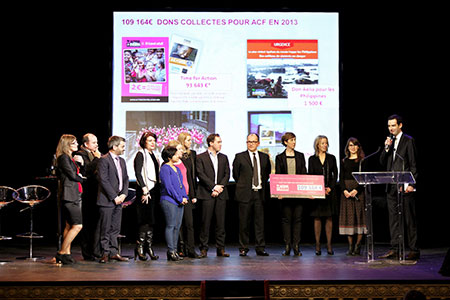 LS travel retail
LS travel retail is a division of the Lagardère Services Group. With a turnover of 2.8 billion euros in 2013, LS travel retail operates in over 25 countries and more than 130 airports in Europe, North America, Asia and Oceania, offering a complete range of concepts for travellers. The company is a world leader in the news & convenience sector and also operates multi and mono-brand duty free sales points (e.g. Aelia Duty Free, Buy PARIS DUTY FREE), multi and mono-brand fashion outlets, souvenir shops, gastronomy and catering.