In this capacity, Laurent Guimier will have operational responsibility for the Europe1.fr, JDD.fr and ParisMatch.com news websites, as well as coordination of digital news activities within Lagardère Active.

Laurent Guimier will take up his new position on the 25th of May 2010.

According to Didier Quillot, CEO of Lagardère Active: “Laurent Guimier is a highly professional news specialist who has proved himself in radio, print and digital. He contributed to the turnaround in Europe 1 image and audience numbers. He thus has all the requisite qualities to head development of the group’s internet news sites“. 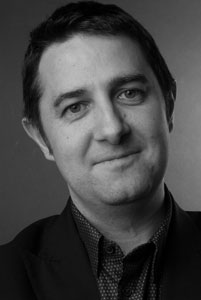 Laurent Guimier, who is 39 years old, is a graduate of Paris School of Political Sciences and of the Journalist Training Centre. He joined Europe 1 editorial staff in 1994 where he held the job of columnist, reporter and political journalist. In 2005 he became editor-in-chief of Europe 1.morning programs
In October of 2006, Laurent Guimier joined the Figaro Group as head of the editorial staff of Figaro.fr, a leading and growing news site. There, he was also in charge of ensuring the convergence of digital and editorial newspapers activities.
During the summer of 2008, Alexandre Bompard, ‘Europe 1 new CEO, asked him to take over news reporting at the radio station. At the head of an editorial staff of 120 journalists, he contributed to the renewal of Europe 1 as evidenced by six consecutive hikes in audience numbers since September 2008.
Laurent Guimer has authored several essays; In 2005, he published together with Nicolas Charbonneau a book entitled « Génération 69, les trentenaires ne vous disent pas merci » (Persons in their thirties have nothing to thank the 1969 generation for); In March of 2008 he published « La Vème République pour les Nuls » (The Fifth Republic for Dummies), as part of the celebrated First publishing house collection

Picture and CV are available on request.