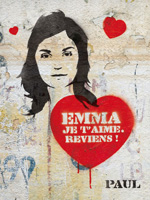 In a complex, difficult advertising environment, Lagardère Publicité stood out for an impressive campaign that effectively demonstrated the complementarity of the group’s media and the strength of the media-buying agency’s offering.

The success of this far-reaching campaign, which spotlighted the cross-media approach, definitively established Lagardère Publicité as an innovative, multiple-media agency in close contact with its advertisers.

With the benefit of the media-buying agency’s extensive experience, which has seen exponential development since 2004, and with more than 70 custom, cross-cutting operations conducted in 2007 alone, Lagardère Publicité continues to give its customers optimal service with a unique offering of 180 media and non-media brands.