Lagardère Plus joins forces with Conforama, the main sponsor of the Ligue 1 Conforama!

Lagardère Plus, the division of Lagardère Sports and Entertainment that provides consulting and activation services to advertisers, is proud to join Conforama for the next two seasons, which has been the main sponsor of the Ligue 1 Conforama French Championship since the 2017/18 season. To fully activate its partnership, the brand chose Lagardère Plus to help it set up two facilities for the fans. 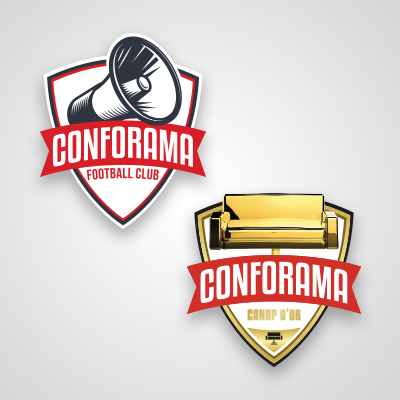 On the back of the individual awards given to professional footballers each season, the supporters’ official manufacturer, Conforama, and Lagardère Plus created and launched the Trophée du Canap d’Or concept. Each month, the Ligue 1 Conforama supporter with the greatest knowledge of the championship’s history will receive a prize.

View the campaign teaser by clicking on the picture (only in french version):

See the Quiz video with the Monaco players by clicking on the picture (only in french version):

Hervé Bodinier, Executive General Manager of Lagardère Plus: “We are very proud to support Conforama in the activation of its partnership with the Ligue 1 Conforama French Championship. This strategic activation enables us to demonstrate our expertise in the football world and gives the agency a unique opportunity to showcase its digital know-how. Through the name Ligue 1 Conforama, we confirm our leadership in the activation of partner brands in the football world.”