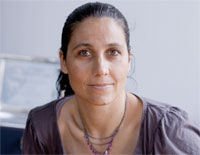 As a member of the group overseen by Delphine Marçais, Director of Business Communications, she will report to Jérôme Langlet, Virgin Brand Manager and Director of Radio and Television Music Operations.

In addition, Emmnauelle Grenet, formerly Media Director for television and music radio, has been named Advertising Promotions Manager at Europe 1. She reports directly to Delphine Marçais and assumed her new responsibilities on Monday, 12 January 2009.

Valérie Chebassier, 40, began her career in 1990 in the marketing department at Rivoire & Carré. In 1991 she joined La Française des Jeux as head of the Lottery Marketing group before moving to Canal Satellite in 2001, where she was Interactive Advertising Manager and subsequently Conquest Marketing Manager.
Since February 2005 she has been Marketing Director for the 13ème Rue and SCI-FI channels (part of NBC Universal Global Networks).