LA PLACE MEDIA, will take on further partners between now and September. Its objective is to set itself apart from other ad exchanges by providing advertisers with powerful targeting capacities at scale in a guaranteed premium and brand-safe environment. The company will soon be extending its offering with proprietary audience data and mobile inventory.

LA PLACE MEDIA is available now to buyers.
Find out more at www.laplacemedia.com

A detailed presentation for the press and the market is planned for September 4th, 2012.
Practical information will be announced at a later date. 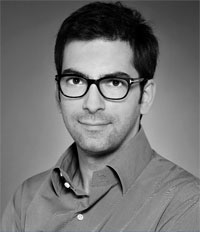 Fabien Magalon began his career in 2011 as Media Buyer for the UK subsidiary of the US advertising company Advertising.com. He worked from London on the creation and expansion of the French subsidiary in 2002. In November 2003 he was promoted to Media Director for Advertising.com France, based in Paris. He joined TradeDoubler France in August 2006 as Director of the Publisher Unit tasked with strengthening and developing the network of publisher partners. A year later, he was named Operations Director, France, Germany, Italy, Spain and the Netherlands, for the DRIVEpm advertising network (now part of Microsoft Media Network). In 2008 he took over as head of the EMEA Region for the Microsoft Media Network business unit. Since 2010, Fabien was Publisher Development Director at Rubicon Project in France. Fabien, 34, is a graduate of Ecole Supérieure de Commerce et de Management in Bordeaux.