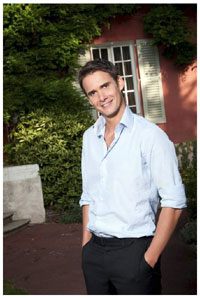 A prime-time event hosted by Joan Faggianelli
Gulli held a real bash for its fifth birthday, staging a true extravaganza for its viewers.

The master of ceremonies was well known to Gulli viewers…and someone who knows Gulli well: since 2007, Joan Faggianelli has been hosting the family game show In Ze Boîte, now one of the channel’s biggest hits. He was naturally very proud to be chosen to organize Gulli’s fifth-anniversary broadcast.

And to top it all off, they were joined by a host of celebrities, including Patrick Fiori, Michel Fugain, Michael Gregorio, Julien Dassin, Cécilia Cara, Sheryfa Luna, M Pokora, Shy’m, Sofia Essaïdi and Féfé, all eager to wish Gulli a very happy birthday!
Divertissement – 80′
Production: Carson Prod for Gulli.
Gulli is produced in partnership with France Televisions (66% Lagardère Active – 34% France Televisions).

A full day of special programming
Gulli put together special animated birthday programming for its viewers featuring all the channel’s characters. Gulli’s birthday celebration also offered an opportunity to present the new channel identity clips produced with the winners of the “Coolest Family in France” contest, which was launched on 12 September. And, as a bonus, check out the making-of shoots with these “Gulli” families – a truly original way of involving viewers in the life of their channel.

It has already been five years since the launch of Gulli, France’s first free channel for children, young people and their families.

In 2010, Gulli became France’s best-known brand; this did not happen by chance. Gulli in brief:

*In Ze Boite, hosted by Joan Faggianelli, draws an average audience of 277,200 viewers aged 4 and up. Broadcast Monday through Friday at 7:05 pm from 30 August to 22 October 2010. Source: Médiamétrie/Médiamat.