Hachette Livre has entered into exclusive negotiations with Jean-Christophe Gires and Stéphane Gires, the founders and directors of Gigamic, with a view to acquiring 100% of their company’s share capital. 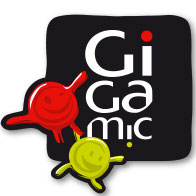 Gigamic was founded 27 years ago near Boulogne-sur-Mer in northern France. The company develops, publishes and distributes board games designed for people of all ages, and enjoys significant and steady growth.

Gigamic employs 30 people who all share a passion for gaming. Its portfolio includes a number of hugely successful games, including the strategy games Quarto, Katamino and Quoridor, and family games such as Six qui prend, Bazar Bizarre, Mito and Wazabi. Gigamic publishes some fifteen new games each year and has sales of over €15 million. Its back catalogue includes over 200 titles.

Gigamic is based in Wimereux on the Côte d’Opale in northern France.
Stéphane Gires, who is 56, will continue to manage the business that he has successfully built up with his brother.

For Hachette Livre, which already publishes party games (quiz games, etc.), and which added mobile games to its portfolio in 2016, this investment is part of a strategic decision to explore the leisure activity market that sits alongside publishing, in particular all the segments of the consumer gaming market.

“We are delighted to welcome Gigamic and its great team, whose skills are naturally closely aligned with our content creation activities for the consumer market. Like all the entities that have joined the Group in recent years, Gigamic will be able to pursue its development while retaining its creative autonomy“, said Arnaud Nourry, Chairman and Chief Executive Officer of Hachette Livre.

“Our many discussions have confirmed that our companies share the same DNA in terms of ethics, innovation, management and trust in our existing personnel. Gigamic is becoming part of a major French group and a market leader, which delivers a strong message to our employees, our customers and our suppliers. We feel very confident and motivated for the future“, added Stéphane Gires.

Hachette Livre, a wholly-owned subsidiary of Lagardère SCA, is the third-largest trade and educational publishing group in the world, with sales of €2,289 million in 2017. It is # 1 in France, # 2 in the UK, # 3 in Spain and # 4 in the USA. It publishes around 17,000 new titles a year under more than one hundred different imprints in a dozen languages, but mainly in French, English and Spanish. It covers all segments of trade publishing: general fiction and non-fiction, mass market pocket books, books for young readers, illustrated books, travel guides, school books and study guides, as well as partworks. Its headquarters are in Vanves, France.