Hachette Livre is launching the Fondation Hachette pour la lecture. Under the aegis of Fondation de France, it will help to promote reading and support stakeholders committed to this mission.

With reading declared a top national priority in France for 2021-2022, Hachette Livre, France’s leading publishing group, aims to continue contributing to and promoting culture by broadening access to reading and giving as many people as possible the thrill and enjoyment of reading. This commitment has been part and parcel of its core purpose as a publishing group for almost 200 years. 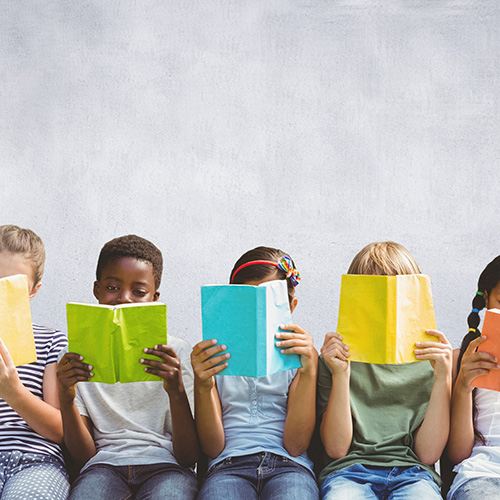 Under the aegis of Fondation de France, France’s leading philanthropy network, the mission of the Fondation Hachette pour la lecture is to promote reading, writing and, more generally, French-language proficiency among all sections of the population. Young people and those who are unable to read or prevented from reading will be a special point of focus.

The Fondation Hachette pour la lecture will fund ten or more projects during 2022 in and outside France. These have to be led by French non-profit organizations working in the general interest with goals aligned with the Foundation’s purpose. In particular, the Foundation will lend its support to projects aimed at preventing illiteracy among children and their families, as well as to people using reading as a springboard to help overcome the social and economic barriers facing society’s most disadvantaged and isolated individuals.

The Fondation Hachette pour la lecture is today launching a call for projects in order to identify the initiatives it will support. The call for projects will be open until 14 June 2022. Successful applicants will each be eligible for grant funding of between €20,000 to €100,000.

“We are living in a time of major uncertainty, much soul-searching, and repeated attacks on democratic principles. And so, our commitment to reading does not just support a national priority, it’s a critical imperative over the long term to support current and future generations. Reading brings access to knowledge, freeing your mind, sparking your imagination and fueling your personal development. Reading is an essential activity, which should be highly prized and defended at all costs,” commented Pierre Leroy, Chairman and Chief Executive Officer of Hachette Livre and Chairman of the Fondation Hachette pour la lecture.

Hachette Livre is a subsidiary of Lagardère SA and the world's third-largest trade and educational publishing group. With revenue of €2,598 million in 2021, it is the market leader in France, as well as ranking second in the UK, third in Spain and fourth in the US (in trade publishing). Hachette Livre has around 100 houses that together publish in the region of 16,000 new titles per year in 12 languages, mainly French, English and Spanish. The Group covers all segments of the mainstream publishing market: general fiction and non-fiction, mass-market paperbacks, children's books, illustrated books, travel guides, school books, study guides and partworks. Hachette Livre is headquartered at Vanves (France).