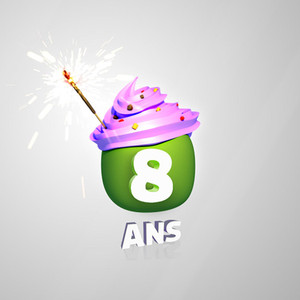 Gulli was created eight years ago, on 18 November 2005. And to celebrate its birthday, the channel has decided to give its viewers presents!
Beginning this week until December, children and their families will be treated to some very special programming!

The festivities are set to begin with a bang on Saturday 16 November when children, hosts and guest stars will wish Gulli a happy birthday in short clips broadcast between programmes throughout the week.

Then, the musical comedies cycle is set to start on Sunday 17 November in prime time with The Sound of Music, starring Julie Andrews, which will also be aired in the near future in a live version, via a recorded performance of the show “The Sound of Music Live!” currently playing in the U.S., starring Carrie Underwood and Stephen Moyer (from the series True Blood).

The channel’s presenters will also be featured in special broadcasts from Monday 18 through Friday 22 November: