After eight years as Group Senior Vice President for Human Resources of Hachette Livre, Alexis Rérolle has decided to pursue other interests outside the company.

Arnaud Nourry said: “Alexis Rérolle has transformed the HR function at Hachette Livre, particularly by forging frank, dynamic and lasting relationships with work councils and labor unions, and by turning Hachette Livre into an innovative and active company with respect to SER. I wish him the very best in his future career“. 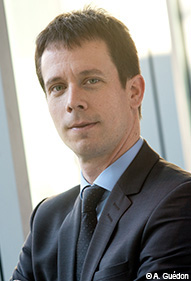 Gaëtan Ruffault is a graduate of Institut de Sciences Politiques in Paris.

He began his career with the French medical administration and moved to Hachette Livre in 2008 as a Human Resources manager.

Division and to General Manager for Human Resources of the Services and Operations Division.

In January 2016, he was appointed Deputy General Manager of the services and Operations Division in charge of human resources, security and SER.

Since September 2017 he was Deputy General manager for Logistics and Human resources of the division.