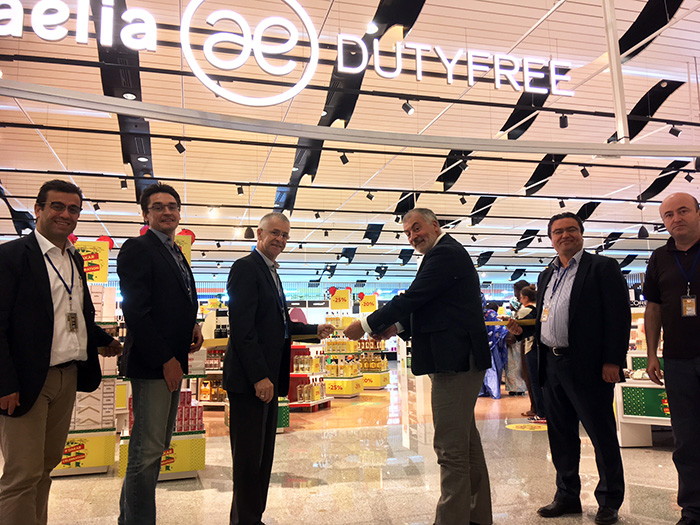 According to Dag Rasmussen, chairman and CEO of Lagardère Travel Retail: “The Senegal contract is really interesting. The new airport was built by a Turkish consortium, with whom we’re in close contact. They were convinced by our plans for Dakar airport. […] It’s a very dynamic airport with a bright future. I think we have something to contribute to this market, and the initial results have already been extremely positive! When we innovate in Europe or Asia, the feedback is always good and we hope that things will be the same with Dakar.”

Since December 2017, travellers have had access to more than 1,100 sq.m of retail space, including two Aelia Duty Free shops offering exclusive brands of perfume, alcohol, local products and fashion accessories, as well as a Relay shop.
This airport – officially opened by the Senegalese president Macky Sall on 7 December 2017 – has a capacity for three million passengers a year, which will make it one of West Africa’s biggest hubs.

Senegal is now the 23rd country with Duty Free & Fashion activities and, more important, the first country in Africa that the division has operated in!