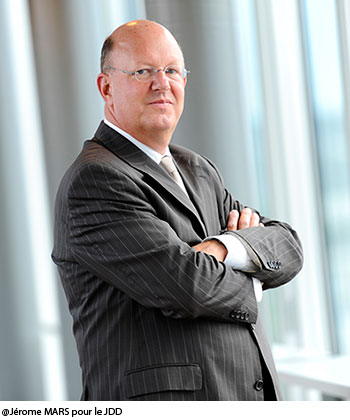 The Lagardère group’s Managing Partners express their great emotion following the passing of Rémy Pflimlin on Saturday, 3 December, who was long associated with the Group.

Appointed by Arnaud Lagardère to direct Nouvelles messageries de la presse parisienne (NMPP) in 2006, he continued in this position until 2010.

In the words of Arnaud Lagardère, quoted by Le Journal du Dimanche on 4 December: “Rémy Pflimlin was a deeply human leader with an open mind and great respect for dialogue, and someone we considered a friend.”

Professional career: Advertising director of Jours de France (1979-85); sales director of Dernières Nouvelles d’Alsace (DNA) in Strasbourg (1985-91); executive vice-president (1991-92) and then chairman of the executive board and publishing director (1993-99) of the newspaper l’Alsace in Mulhouse; a member of the policy committee (1998-99) and managing director (1999-2005) of France 3; vice-president of the general assembly of the Arte group (2003-05); managing director (2006-2010) of the Nouvelles messageries de la presse parisienne (NMPP), subsequently (2009) Presstalis; president of the Youth regional educational press association (1995-99), the Francophone television community (CTF) (2000-05) and the HEC group association (2003-05); first vice-president of the Regional daily press union (SPQR) (1997-99); a member of the board of governors of Agence France Presse (AFP) (2005-2015), and a member of the supervisory board of Arte France. President of the international contemporary music festival, Musica, in Strasbourg (since 2001) and of the Board of Directors of the National Conservatory of Music and Dance (CNSMD) in Paris (since 2005). Chairman of the Board of Directors of TV5 Monde (January 2013 – June 2016). Chairman and Chief Executive Officer of France Télévisions (August 2010-August 2015).

Councillor of State since September 2015

Honorary decorations: Chevalier of the Legion of Honour, Officer of the National Order of Merit.