The Commonwealth Games Federation today unveiled an innovative new Games delivery model that will transform the impact and value of hosting the Commonwealth Games through the launch of a pioneering new partnership with Lagardère Sports, one of the world’s leading media, sports and entertainment agencies. 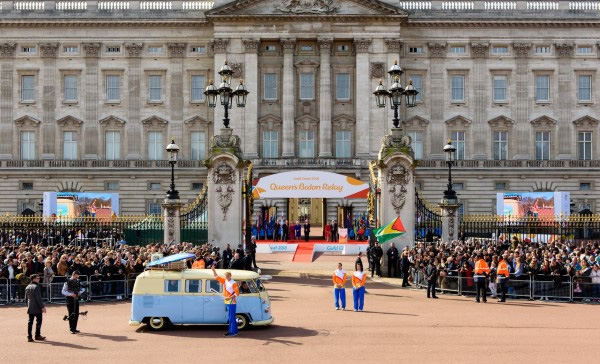 The CGF and Lagardère Sports have launched “CGF Partnerships”, a ground-breaking new partnership that will bring together both organisations under a new entity whose core focus is on improving the support for host nations and cities to enhance the overall value of hosting the Games. In particular, the Partnership will provide support to hosts through a new event delivery model; while also developing new long-term commercial strategies and further strengthening community relations in host cities.

The new joint venture – majority-controlled by the Commonwealth Games Federation – will be led by Lord Robert Smith of Kelvin, former Glasgow 2014 Chairman, who has been appointed as the first-ever CGF Partnerships Chair. In the first instance, CGF Partnerships has been contracted to support the delivery of the next three major Commonwealth Games cycles up to 2030, but with a view to the new partnership delivery model being the foundation behind all the CGF’s major sporting events in the future.

The Commonwealth Games has recently seen a huge wave of enthusiasm and interest from countries across the Commonwealth, with Australia, Canada, England and Malaysia all continuing to develop proposals for the renewed hosting opportunity of the 2022 Games. The Commonwealth Movement was also welcomed in carnival style in the Caribbean last night as the VIth Commonwealth Youth Games burst into life at the Opening Ceremony in the Bahamas.

A key priority for CGF Partnerships is to reduce the cost and maximise the value of the Games for hosts. This will be achieved through an innovative new Games delivery model that will see dedicated CGF Partnerships delivery teams fully integrated with host city teams, providing enhanced support, knowledge and expertise on the delivery of the Games. Access to this embedded CGF Partnership resource will help improve efficiencies and event management throughout the entire life cycle of the Games – enabling Organising Committees to get off-the-ground faster and minimising set-up costs (in areas such as technology and sales); while also ensuring know-how, intelligence and experience is carried forward from Games to Games.

In addition, CGF Partnerships will develop new and long-term commercial revenue streams for host cities, Commonwealth Games Associations and the CGF through new sponsorship, broadcast and digital rights opportunities. While another key area of focus for the Partnership will be further strengthening the engagement between potential host cities and their communities to help expand the number and variety of bids across the Commonwealth.

“CGF Partnerships is a historic step-change in our organisation’s focus from oversight of quadrennial Games to a standout, values-driven movement striving to connect citizens and communities through sport.

“We passionately believe there is enormous untapped potential in the successful and sustainable delivery of our major sporting events – for athletes, for teams, for host cities, for organisers, for partners, for fans. This transformative new partnership builds on what makes us truly special: inspiring, impactful and inclusive sport with a purpose.”

“The Glasgow 2014 Commonwealth Games was a truly memorable example of the power and potential of one Games in one City and I was honoured and proud to play my part in it as Chairman of the Organising Committee. I was delighted to be asked to pick up the Games baton once again and I am very pleased to support the CGF and its partners to deliver on its next phase of ambitious development and growth.”

“In recent years the CGF has been ahead of the game in modernising its thinking and approach to delivering major events. Our partnership with the Federation, through CGF Partnerships, is a continuation of that work and a formalisation of our valued relationship with the CGF which goes back many years.

“Through CGF Partnerships we aim to set the template and tone for how major sporting events, across all sports and geographies, should be delivered in the future – namely in a cost-efficient, sustainable but engaging and entertaining way.

“It’s a hugely exciting time to be involved with the Commonwealth Games.”

One of the UK's most experienced chairs, Lord Smith has led organisations in the private, public and voluntary sectors. He is currently Chair of the Alliance Trust, IMI, Forth Ports and Clyde Gateway and was chair of SSE until July 2015. He is also Chancellor of the University of Strathclyde. In 2014 he chaired the Organising Committee for Glasgow 2014 (Commonwealth Games) and the Smith Commission, overseeing the process of devolving more powers to Scotland. A chartered accountant by profession and former President of the Institute of Chartered Accountants of Scotland, Lord Smith was knighted in 1999, appointed to the House of Lords as an independent cross-bench peer in 2008, appointed Knight of the Thistle in 2013 and a Companion of Honour in 2016.