SPORTFIVE, a Lagardère Unlimited subsidiary company and the European and African leader in the management of marketing and media rights, has strengthened its sales department in France by appointing a sports and stadium solution marketing specialist, Ben Taverner, as Sales Director. 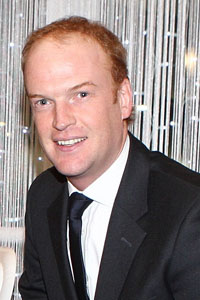 Ben Taverner, 41, boasts 15 years of sports marketing experience. In 2009 he became Sales Director of the Juventus Football Club, where he was in charge of stadium sales and marketing.

Ben Taverner has also worked as the UK Sales Manager in the “stadium & arena” division of IMG (2005-2007), where he was in charge of European markets for the UEFA Euro 2008 and the Football Association’s “Wembley Club”. He was subsequently became Sales Director at IMG USA, in charge of the events and sports federations (2007-2009) business.

Ben Taverner began his career as founder and director of Scuba Zone Ltd (1998-2003), a chain of stores dedicated to scuba diving. He was then appointed as Sales Manager at Octagon Worldwide – an Interpublic Group’s sports marketing and entertainment agency (2004-2005).

Ben Taverner is an Edward Greene’s College, Oxford graduate in business and economics.

As Sales Director of SPORTFIVE France, Ben Taverner will be the head of sales for all marketing products in France, and will be in charge of the commercialization of the naming rights for the Juventus Stadium. He will report to SPORTFIVE France CEO Vincent Tong Cuong.

About SPORTFIVE and Lagardère Unlimited
SPORTFIVE, a subsidiary of Lagardère Unlimited, is an international sports marketing agency and the European and African leader in the management of marketing and media rights for sports. SPORTFIVE offers sporting clubs, federations and events its unique experience and know-how in professional sports management: negotiating TV rights at international level, advertising in stadiums, sponsorship and hospitality programmes. The agency represents the marketing interests of the Confederation of African Football (CAF), of 37 European federations, of more than 10 professional leagues and over 40 football clubs.
A division of the Lagardère Group dedicated to Sport and Entertainment, Lagardère Unlimited deploys its international expertise in six complementary business lines: event organisation and operation; talent representation; stadium and arena consulting and operation; sale of marketing rights and products -brand servicing; management of distribution rights; and management of sports academies. Lagardère Unlimited employs over 1,200 people, and its activity extends over three international zones: Europe and Africa, United States and South America, Asia-Pacific And the Middle East.